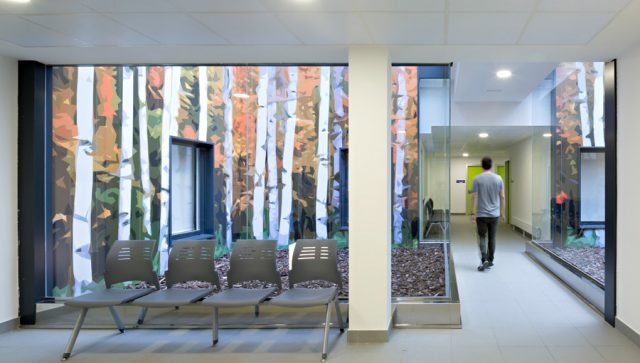 After overcoming the challenge of internalisation and taking root with its technology in our neighbouring country, the Biscay company now pursues the challenge of extending its sphere of action by encouraging a greater number of professionals interested in renewing the physiognomy of their cities by harmonising Engineering and Architecture through graphic design.

Umetalcoat is a type of coating that can be applied on a wide range of metallic façade systems (steel, aluminium), with exterior durability, which offers the project an aesthetic reinforcement tool with no limit on creativity, becoming an infinite colour chart.